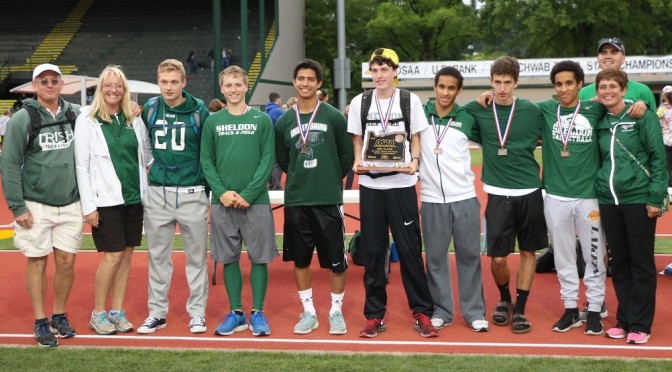 From the Register-Guard newspaper: 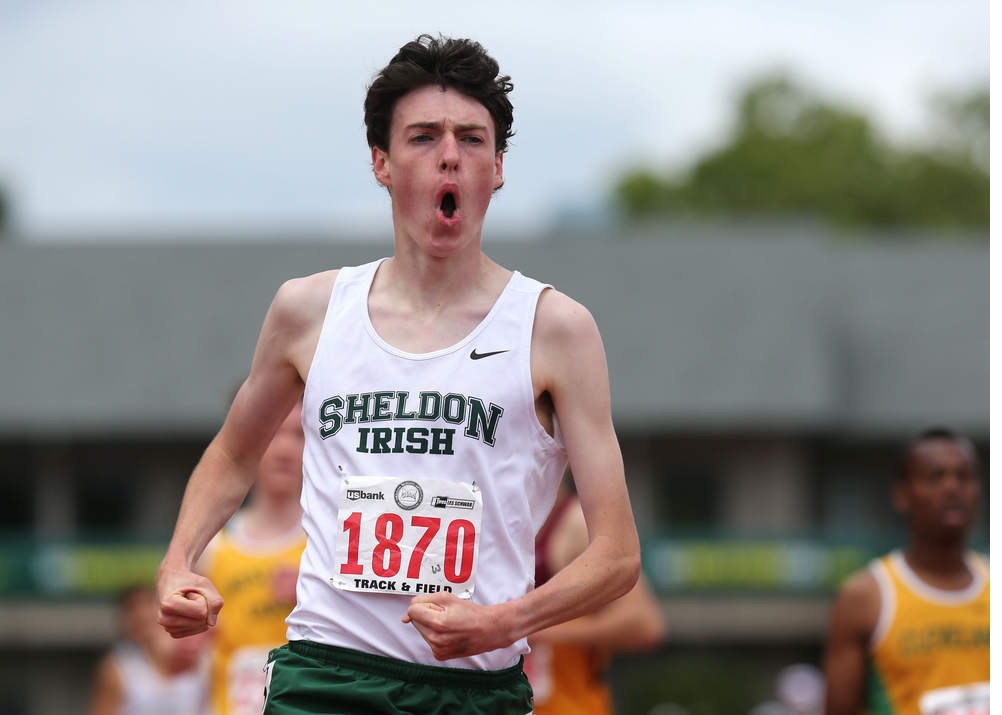 Jackson Mestler has figured out how to win over the Hayward Field crowd.

One day removed from winning the boys 3,000 meters in thrilling fashion, the Sheldon junior put together a devastating finishing kick to win the 1,500 state title Saturday during the Class 6A track and field state championships.

Mestler ran a brilliant race, going from last to the front of the pack early on and overtaking Cleveland’s Roba Sultessa with 60 meters remaining for the victory.

“He’s got a kick that has maybe been the missing piece,” Sheldon distance coach Brayce Forsha said. “He’s always been pretty strong, but when it came down to it, things would get away from him. I think more than anything it’s just confidence.

“He never thinks he’s out of it, and I love that.”

Mestler set a personal best in the event for the second straight week, thanks in part to the strong push by Sultessa, the two-time defending Class 5A state champion in the 800.

“I don’t like being in crowds,” Mestler said. “So I hung back until I saw that they were going. Then I made that big move on the backstretch and then I finally got into it.” 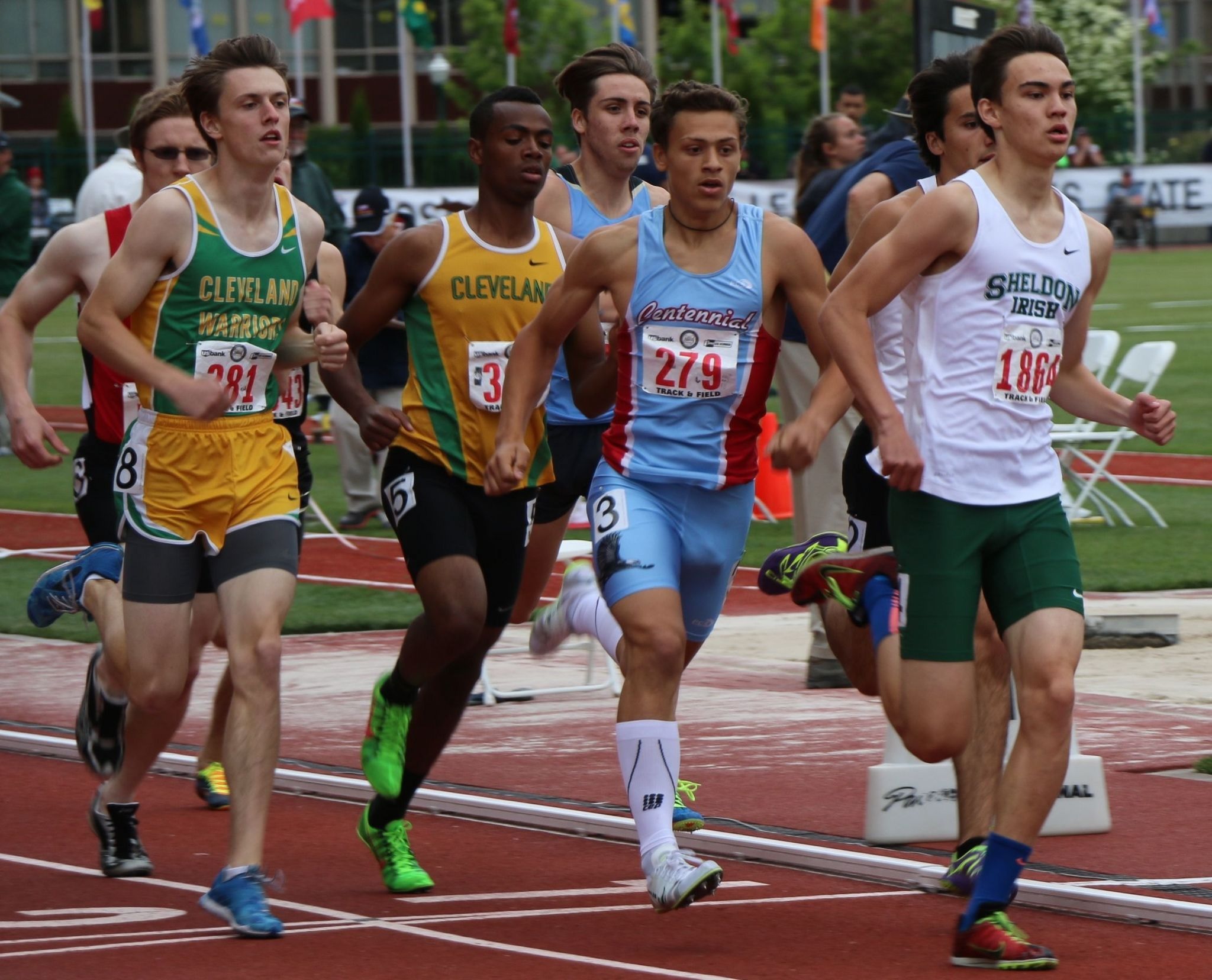 Above: Jenner Higgins finished 4th in the 800m final

More from the Register-Guard newspaper: 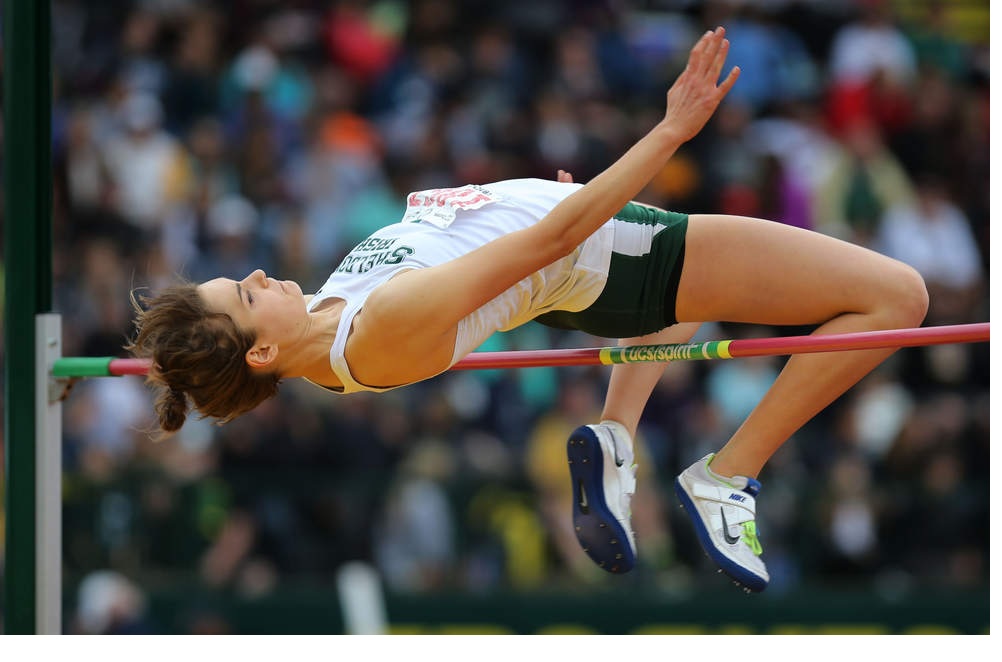 With the Class 6A girls high jump competition whittled down to four competitors, Lehnert found herself in a four-way jump off for a state title Saturday on the final day of the track and field championships at Hayward Field.

Having failed on her three previous attempts at 5 feet, 5 inches, Lehnert knew she had no margin for error. With that, she sailed over the bar on her next attempt. Aubree Esterline of Grants Pass, Caroline Combs of Clackamas and Halley Folsom of North Medford all missed, handing the title to Lehnert.

“I think I do well under pressure, so really having to make that one helped me stay pretty focused,” Lehnert said. “I needed to do a quicker last two steps, and I just needed one more try to get over.

“I hadn’t jumped in a while prior to districts, so that was just more practice for me. Those three were good practice jumps for the fourth.”

Of course, Lehnert said the support from her hometown crowd was also helpful.

“They say there’s the ‘Hayward Magic,’ and it’s a fun place to jump,” she said. “There’s a lot happening around you so it’s hard to stay focused, but there’s a lot of positive pressure around you too, so that makes it fun to be a part of.”

Those performances put Sheldon in fifth place with 40 points. Barlow won the team title with 57 points and Jesuit was second with 52.

More from the Register-Guard: 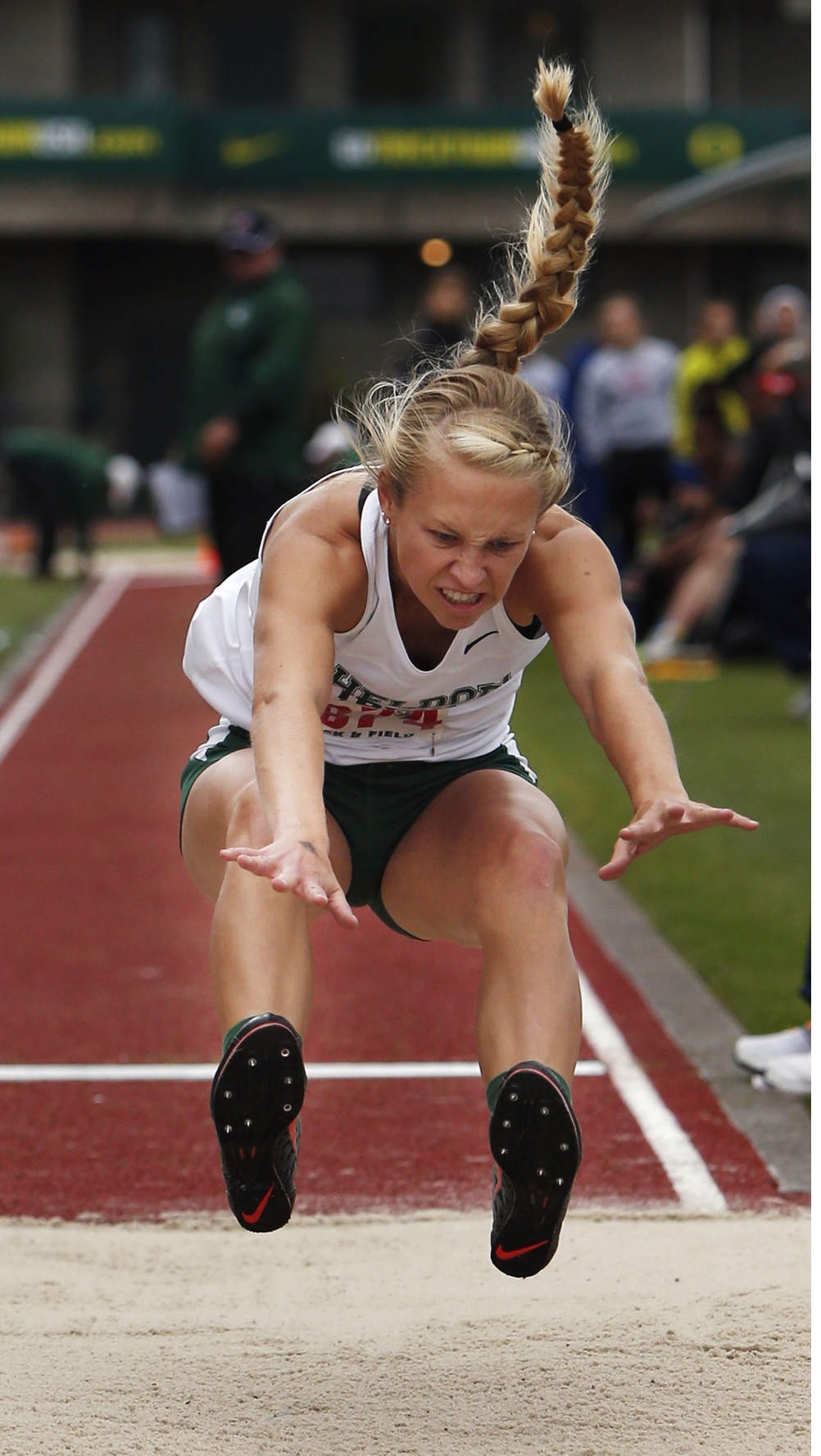 Her long blond braid whipping behind her, Sheldon senior Elizabeth Prevedello capped her high school career by leaping to a state championship in the girls long jump Friday at the Class 6A track and field championships.

Prevedello and teammate Geneva Lehnert went 1-2 in the final, giving the Irish a big bump on the first day of the big school championships at Hayward Field. Prevedello’s younger sister, Amber, also provided six points for the Irish with a third-place finish in the pole vault.

“I was trying to come out and jump just for the fun of it,” said Elizabeth Prevedello, who battled a sprained ankle for much of the spring and finished with a mark of 18 feet, 1 1/4 inches. “Just come out and enjoy it because I hadn’t been able to jump early in the year. I can appreciate it more.”

Sheldon leads the girls scoring with 24 points, and with athletes in five finals today, the Irish will be in the running for a team trophy. None of Sheldon’s Friday competitors were concerned about this evening, though.

“We don’t talk about points as a team,” Amber Prevedello said, echoing what her older sister said. “It’s more go out and do your best. You got here so just be proud of that and do what you can do.”

Amber Prevedello improved on her own state finish from her freshman year, when she came in fourth. She cleared 11-6 to tie for second but dropped to third because of more misses. Tuesday, she tied for 26th at the Class 6A golf championships, helping the Irish to a third-place finish.

“You switch one off and switch the other on, and boom,” she said. “It worked out well.”

Today, Lehnert will go for her own state title. She has the top clearance in the state in the high jump and could give the Irish a boost. They also have Elizabeth Prevedello in the 100-meter final, Taylor Carman in the 200 final, a 4×100-meter relay team and Lauren Clay in the triple jump.

Run for the Shamrock sponsors: